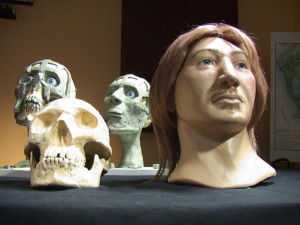 In 1607, 104 men and boys crowded onto three ships to cross the Atlantic in search of a New World. They built a fort at Jamestown and established trade with the indigenous people. But things quickly turned bad--the natives became hostile, the land was unforgiving, disease broke out and hardship overtook them. Just how did Jamestown, long thought to be a near-failure due to the colonists' incompetence, survive to become the first permanent English settlement despite all odds? A 10-year-long archaeological dig is unearthing evidence every day that tells the story of Jamestown's first years. Host Steve Thomas  climbs down a 400-year-old well, wades into a swamp filled with 1,000-year-old trees, and takes us to a firing range, a sculptor's studio, and right into a forensics lab in search of the past.

An excerpt from the program.